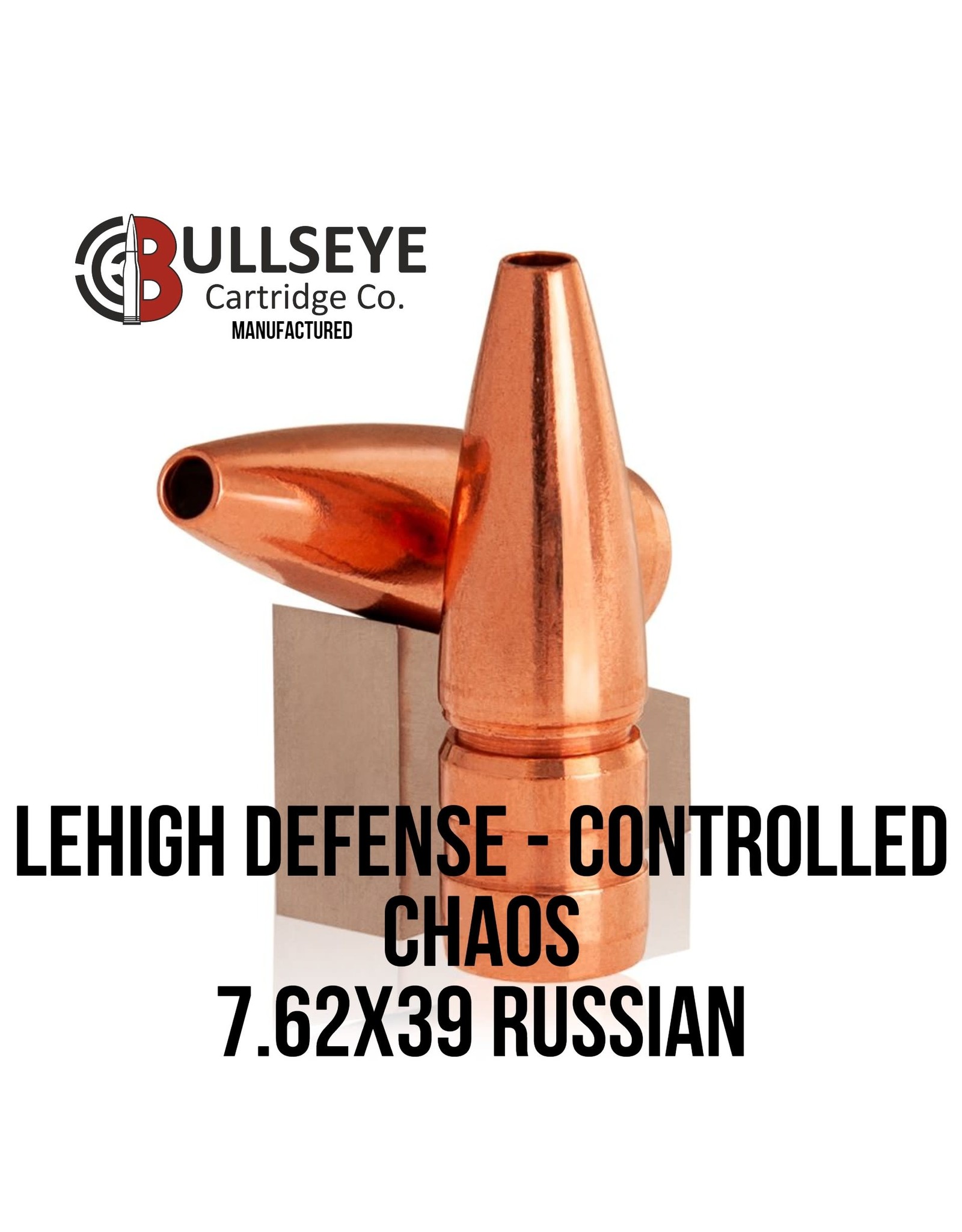 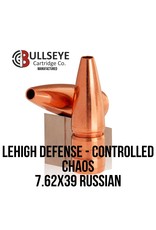 The development of our Controlled Chaos technology was the result of an animal control agency's request for a no lead .243 bullet that would provide extensive wound trauma with little minimal pass through energy. Basically the idea was to burst the bullet into numerous particles at a predetermined depth creating many wounds and a large temporary cavity with shot placement at or near the central nervous system. The agency had tried copper matrix frangible rounds and found the penetration depth and particle size were less than what was require for proper terminal performance. The bullet is designed to penetrate to a specific depth and to fracture as the internal hydraulic pressure exceeds the hoop strength of the nose design. At the time of fracture, a massive energy spike is released as the particles break away and radiate outward from the initial trajectory path.